Local governments planting the seeds for a net zero future

When it comes to tackling the changing climate in Australia, some of our most energetic advocates can be found at the grassroots level. Driven by their constituents’ desire for healthy, resilient communities, local governments are busy laying the foundations of sustainable places around the country.

GBCA is proud to call 34 local governments our members; they are home to more than a quarter of our national population and are demonstrating how we can all transition to net zero emissions.

In 2020, the Net Zero Momentum Tracker reported on the emission reduction commitments and activities of Australia’s 57 largest local governments. It found that 37 per cent aim to reach zero community emissions by or before 2050 and local governments are well positioned to set these ambitious targets.

Able to influence households and businesses, councils have an important role in helping communities mitigate and adapt to climate change. There are many actions they can implement within communities and their own operations to significantly reduce Australia’s emissions. Here are some shining examples…

As a new rail system develops under the City of Melbourne, an ambitious urban renewal project is taking shape in Arden, two kilometres north of the CBD.

The large, saltwater wetlands of West Melbourne were industrialised in the 1850s to form an integral piece of the city’s freight system. Today, Arden’s 50 hectares have existing rail connections and proximity to residential areas – features that will help the City of Melbourne push the boundaries of best practice sustainability.

“Urban renewal areas such as Arden provide a unique opportunity to test, innovate and transform the city for the future,” says Councillor Rohan Leppert, the City of Melbourne’s Environment portfolio lead.

Buildings generate 66 per cent of all emissions in the City of Melbourne, so Council is setting an example by measuring Arden’s net zero success with world-leading tools like GBCA’s Green Star rating system, with a 6 Star Green Star Communities commitment. The precinct will be powered with renewables, and its buildings will be 100 per cent electric, with the exception to those used for essential life science.

While eliminating emissions is a boon for the environment and its people, Councillor Leppert explains the economy wins too. “Zero net emissions buildings could provide an economic benefit of more than $4 billion to the municipality by 2050.”

With 43 per cent of waste in Victoria coming from construction, the City of Melbourne will optimise reuse and recycling during the build and encourage a circular economy within Arden post-construction. This aligns with the Victorian Government’s circular economy strategy.

Visitors, workers and residents can look forward to cool spaces once the renewal is complete. Green canopy will cover 40 per cent of the site by 2040 – this is an important strategy to mitigate the urban heat island effect.

“Urban renewal areas allow us to bring together all the elements needed to achieve net zero emissions including great public transport, the highest building standards, 100 per cent renewable energy and a circular economy,” Councillor Leppert explains.

In 2019 Wollongong City Council members voted unanimously to target net zero by 2030. A bricks and mortar demonstration of that commitment is found in Council’s administration building. After Council’s strategic investment in sustainability over several years, the 32-year-old administration building achieved a 6 Star Green Star – Performance rating in 2019, representing world leadership in sustainable operations.

Council had achieved a 5 Star Green Star rating in 2016. Between certifications, Council reduced the building’s energy intensity by 10 per cent – making it 64 per cent more efficient and driving down emissions by 1,760 tonnes a year.

The performance of the building was boosted with Eagle Lighting luminaires and innovative organic response lighting controls. In one year alone, these saved more than 200,000 kWh – the equivalent to 17 homes’ energy.

Attaining a 6 Star Green Star Performance rating is not the end of the story for Wollongong City Council. Instead, it marks the start of a new chapter for a council committed to world leadership at a local.

“We wanted to make a difference in our building and in our community. But we also wanted to show other councils, and the development industry, that if we can do it, they can do it too.”

A 500-kilowatt solar panel array sits on the roof and powers a heat pump system to heat and cool the centre while an 88,000 litre hot water storage system acts as a big ‘thermal battery’.

Any additional electricity needed is purchased through a 100% renewable energy power purchase agreement and when bundled up with the above solutions, ensures the centre achieves zero emissions.

On the other side of the country in Western Australia, City of Stirling’s Scarborough Beach Pool was awarded a 6 Star Green Star Design & As Built v1.1 certification in 2018, the first of its kind for a pool in WA. The centre includes an outdoor 50 metre pool, a leisure pool, aqua and outdoor fitness classes, and enviable coastal views.

Scarborough Beach Pool’s projected carbon footprint is less than 40 per cent of a typical aquatic centre. The pool uses rainwater for top ups and filter cleaning, while a geothermal bore heats the water to a temperate 27 degrees all year round. Pool water is used to keep facilities and offices cool via air conditioning in summer, and you’ll find an electric vehicle charger in the carpark.

From the east to the west and the places in between, the tangible actions of local governments are seeing net zero ambitions come into fruition. When goals are set high, social infrastructure can support stronger and more resilient communities. 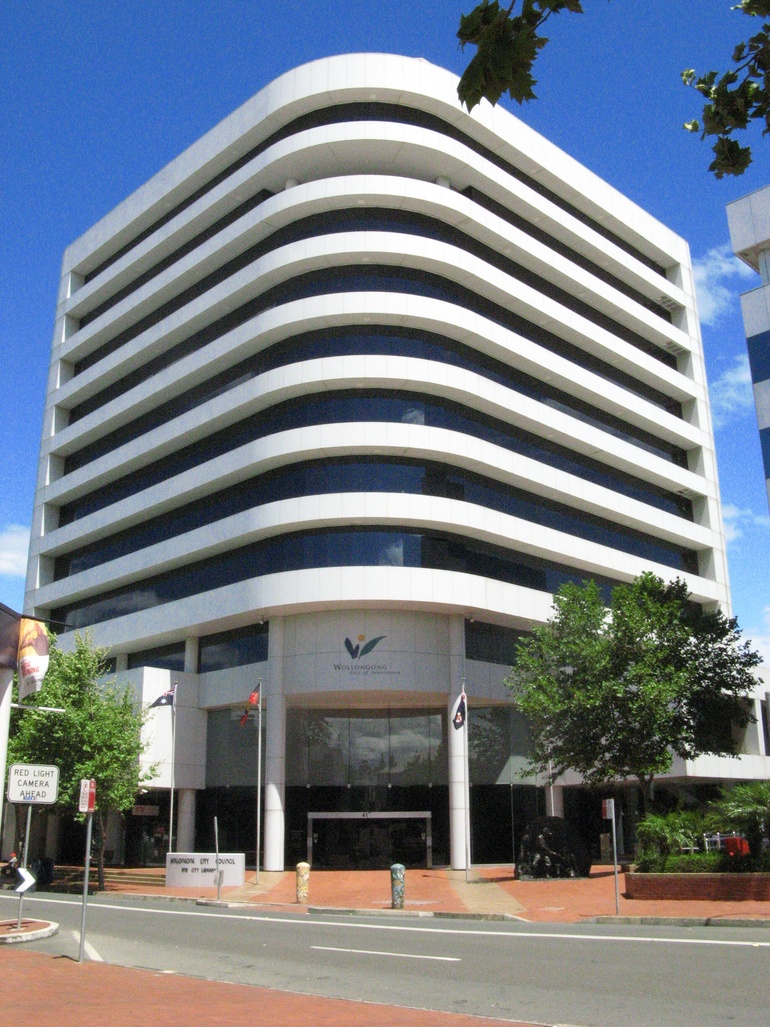 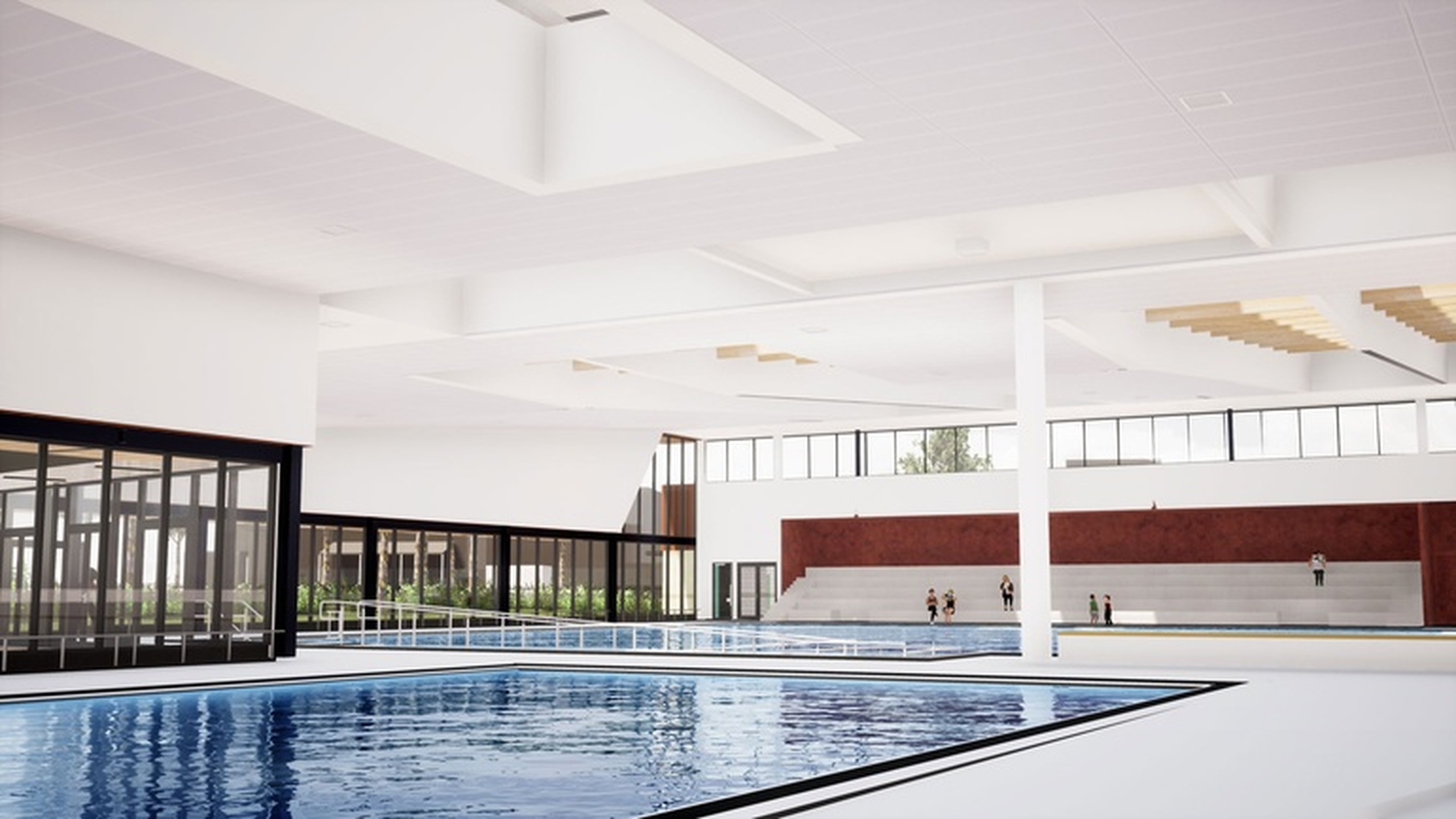