Why sustainability is a magnet for bright minds

Cambridge, Harvard, Oxford… the ivy-clad and sandstone universities may still top the traditional rankings for the world’s best academic institutions. But students are frequently looking at entirely different league tables to determine where they’ll study – and one of the factors they are considering is sustainability.

To be clear: students aren’t saying sustainability is their number one priority. Just 9% of the 2,000-plus students surveyed for Times Higher Education last year said sustainability was the most important factor in determining their university choice.

But 79% of students do believe that universities have an important role to play in achieving the United Nations’ Sustainable Development Goals. As the University of Melbourne’s Dr Gerard Healey told the audience during a GBCA webinar in 2021: “Students expect universities to manage sustainability. They ask the questions to check it is being done; it's the minimum expectation.”

The Times Higher Education Impact Rankings puts aside traditional measures of a university’s appeal – wealth, prestige or research output – to measure contributions to the UNSDGs.

The league table – which has four Australian universities in the top 10 and another three in the top 20 – provides performance data to identify and share best practice, encourage collaboration and incentivise action. It also provides a powerful resource to help students decide where to study.

“We see environmental sustainability as one of the key things students are looking for in response to our surveys,” noted the University of Newcastle’s Major Projects Director Damian Burke during the GBCA’s webinar. “Students are becoming more aware and educated, and it is important we do more around sustainability. I see it as a real upward trend over the last five years that could play into students’ decision making.”

Gerard and Damian were joined by Western Sydney University’s Chaya Bratoeva, Edith Cowan University’s Sean Henriques and WSP's Chris Mann for deep dive into sustainability in the university space – and their insights were illuminating.

Chaya, WSU’s Senior Design Manager, noted that sustainability equals smart. Spanning 700 kilometres and 12 campus locations, WSU is certainly tackling sustainability at scale. Ten Green Star buildings have been either delivered or in construction, but WSU is not playing a “numbers game,” Chaya observed.

WSU is deeply engaged in the science of climate change, has ambitious targets, including carbon neutrality by 2030, and is using Green Star as a verification tool. Students don’t necessarily care about a rating, but they do “see sustainable buildings as smart buildings… as embracing science, which is what we teach… and providing something modern, new, advanced and that will challenge them,” Chaya said.

The interplay between sustainability and advanced technology is also at the heart of ECU City, a new campus for Edith Cowan University and the centrepiece of the $1.5 billion Perth City Deal. With an ambition to reshape the Perth CBD and redefine higher education in Western Australia, ECU City will bring together innovative thinkers, adaptive learners and leaders of tomorrow. 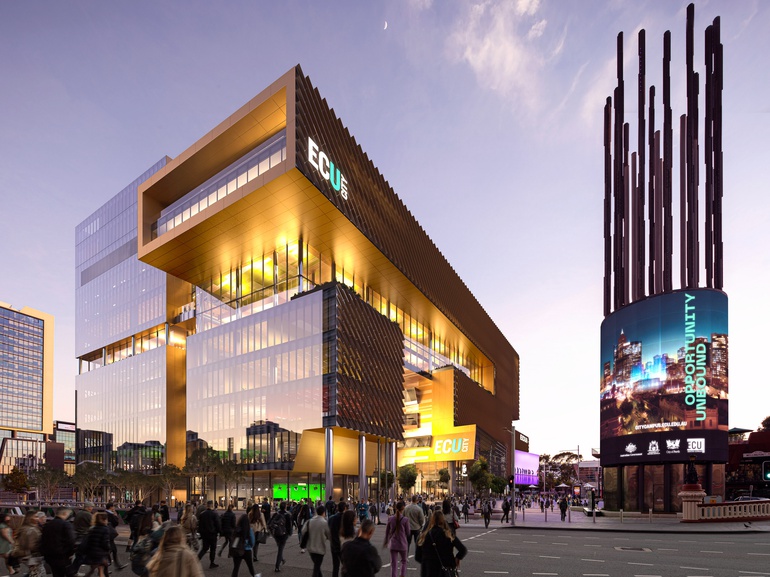 Sean Henriques, Edith Cowan University’s Program Director, shared the dynamic vision for a campus that is “human-centric, technology-focused and responsive to its climate through a fabric-first approach that encompasses building form, glazing performance, window-to-wall ratios and shading.” All of this will be verified by Green Star. 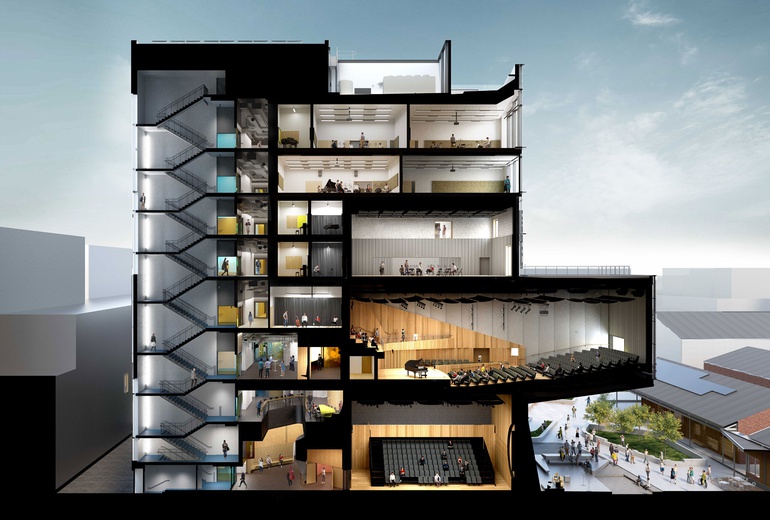 The lingua franca of Green Star

Green Star’s common language has helped the University of Melbourne to extend its skills and embed sustainability into its organisational culture, Gerard added.

The University of Melbourne has delivered some sustainability standouts – each with a Green Star seal of approval. There’s the multimillion-dollar makeover of the old Victoria Police stables, which have been reimagined as studio and exhibition spaces for artists, and a multipurpose theatre.

There’s the all-electric Ian Potter Southbank Centre, a new home for the Melbourne Conservatorium of Music. There are wet labs, offices, retail and restaurant space, as well as three big projects in the pipeline: a new engineering and design campus at Fishermans Bend, a climate change research hub and institute for the study of infectious diseases.

With so many projects on the table, how do universities balance the budget? “What Green Star costs depends on what you are prepared to accept without Green Star,” Gerard quipped. Many features first considered ESD line items, like commissioning, are “just good practice” he said.

The University of Newcastle (which was ranked first in the world by the Times Higher Education for commitment to SDG-17, partnerships for the goals) is also reimagining its future as an “exemplar” of sustainability with carbon neutrality, zero waste and water recycling at its core.
One of these exemplars is Q Building, a 6 Star Green Star timber-frame, low embodied carbon building that has slashed operational greenhouse gas emissions by an impressive 101% on business as usual.

Where is the trendline pointing? 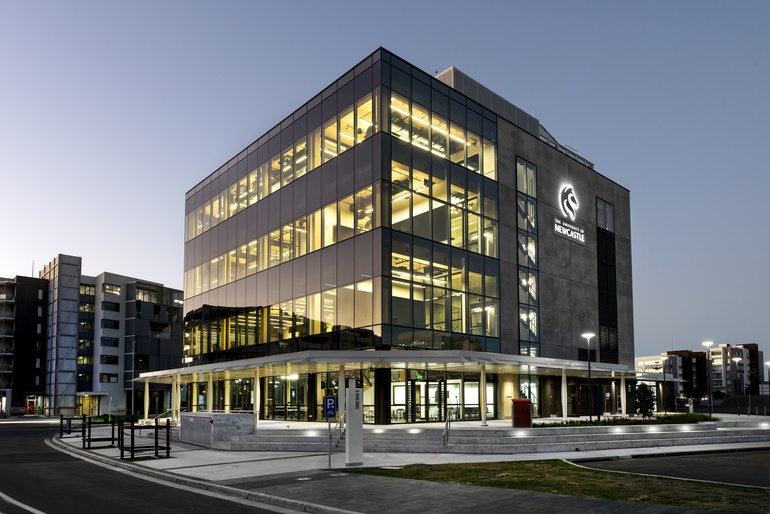 Five years ago, as the GBCA laid out the Green Star business case to universities, most were focused on cutting operational costs and minimising carbon footprints. But forward-thinking education leaders had already recognised the role sustainability would play in positioning their institution for the future.Today, students are more concerned about climate change than ever before and want that reflected in their education. Ninety-two per cent of the 7,000 students surveyed for an international study in 2020 saw sustainable development as something which all universities and colleges should actively incorporate and promote.

Green Star has a central role to play in helping universities to meet the challenges ahead. The GBCA has started work on a new Green Star in Focus paper to unravel old barriers and unpack new opportunities for the universities sector. If you’d like to share some of your expert insights in an interview, contact us.