One morning last week, as dawn broke over Arnhem Land, I joined women from all over the country at the Garma Festival’s dawn crying ceremony.

Arising at 4.30am, we walked silently through the bush, with only the sounds of our own footsteps to accompany us, until the voices of the Aboriginal women elders sliced through the scrub. Djapirri Mununggirritj, a Yolgnu elder, board director of Reconciliation Australia and political trailblazer, softly explained the stories behind the songs – of the importance of bringing in a new day by waiting for the birds to wake.

Garma, which this year celebrated its 19th year, is Indigenous Australia’s answer to the World Economic Forum (held annually at Davos in Switzerland). Bringing together business and political leaders, academics and artists to discuss Indigenous disadvantage, it also showcases a rich culture that spans 60,000 years.
Connection to country runs deep within Indigenous people, something matched only by a love of community. As we shared campsites over five days, I gained insights into the way Indigenous people support and nurture each other in everything they do. 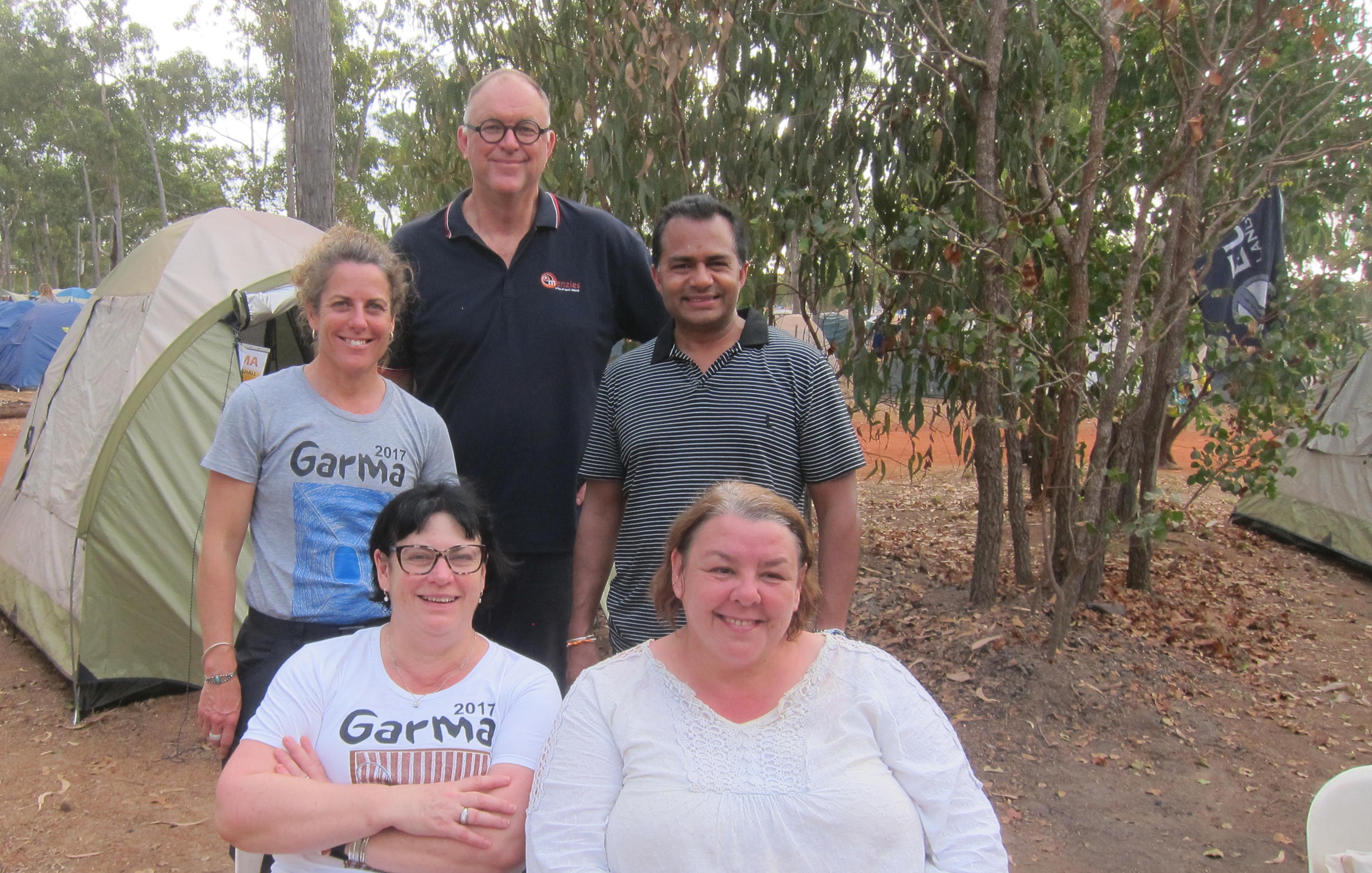 I was at Garma as part of a Reconciliation Australia’s women’s group which included members from Chief Executive Women, many of these women are also non-executive directors from GBCA members such as Lendlease, Mirvac, Australia Post, Woolworths and EY.

I was honoured to witness the fierce Indigenous women’s network that underpins the political activism and action. I was also inspired by the leadership of GBCA members who see Garma as an opportunity to immerse senior staff in Aboriginal and Torres Strait Islander culture so that they can talk about reconciliation with conviction.

And Michael Barnes, Chief Executive Officer of Shape Australia, was at Garma with a team of 10 people. He impressed me with his commitment to closing the gap on Indigenous disadvantage by driving a company-wide procurement strategy that supports First Australian businesses.

One of the comments that most deeply resonated with me during Garma came from a forum participant who said: “every Aboriginal person struggles for everything they get”. Despite this struggle, First Australians have a beautiful culture of art, dance and language. Our opportunity is to embrace this culture, and to enshrine this voice in our constitution.

Makarrata, a Yolngu word which means coming together after a struggle, captures the opportunity we must now seize – a future for our First Australians based on justice and self-determination. The Indigenous community looks to the rest of Australia to support constitutional recognition, and our industry has a unique role to play in supporting Makarrata.

Education is at the heart of Makarrata. While it is incumbent on our industry to expand the educational and career pathways for Indigenous people, we have an equal responsibility to educate our own industry to understand and value Indigenous culture. This is about building trust, relationships and a genuine exchange of knowledge.

At the GBCA, we are currently working on our first Reconciliation Action Plan, which recognises we cannot build a sustainable future without Aboriginal and Torres Strait Islanders. Our First Australians, with a history spanning 60,000 years, have deep insights into building sustainable, resilient places for people that respect the natural environment.

It’s up to each of us to walk with First Australians in a movement towards Makarrata.