From a lush, vertical garden perched high in Brisbane’s skyline through to a tech giant’s plans to bring workspaces to the great outdoors. we’re shining the spotlight on our favourite transformational projects from TRANSFORM 2021.

This isn’t just a few plants positioned on a balcony. Urban Forest is a veritable garden in the sky. Koichi Takada Architects has designed a 19-storey mixed-use building in Brisbane that also promises the most densely-forested vertical gardens in the world.

Scheduled for completion in 2024, Urban Forest will feature 1,000-plus trees and more than 20,000 plants selected from 259 native species. According to Nermine Zahran, Koichi Takada Architects’ Senior Architect & Sustainability Manager, 300 per cent of the site is covered with living greenery.

Nermine captured our imaginations during our breakout on ‘Bringing nature to the forefront’, with her descriptions of tree trunk-style columns and “buildings that breathe”. Urban Forest will boast five times the number of trees found in nearby Musgrave Park. “It doesn't just look green. It also performs green,” Nermine said, pointing to the 6 Star Green Star target. 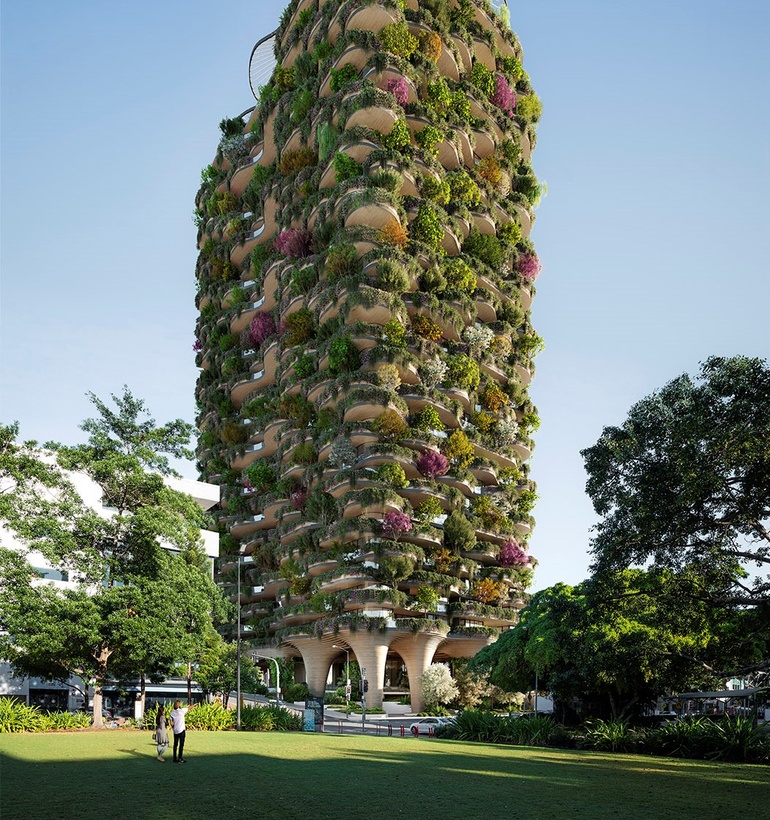 Tech giant Atlassian is planning the world’s tallest hybrid-timber tower next to Sydney’s Central Station. The 40-storey, $1 billion-plus skyscraper will be the centrepiece of Sydney’s answer to Silicon Valley, Tech Central.

Atlassian’s glass and steel façade will integrate solar panels and open-air terraces and 360-degree views. There will be three thermal zones for comfort, green space as part of the nett lettable area and flexible – indeed “hackable” – floorplates.

The ambitious design is matched with ambitious sustainability targets including 100% renewable energy. Why these ambitious targets? “It is really simple. It’s the right thing to do,” said Bronwyn Zorgdrager, Project Director, Atlassian. It is also about attracting and retaining the top talent.

Atlassian is driving this project as tenant, owner, landlord and developer with four objectives: show leadership, tread lightly, make healthy Atlassians and be good citizens. How will Atlassian know if it has delivered? “Our own people will keep us honest,” Bronwyn said. 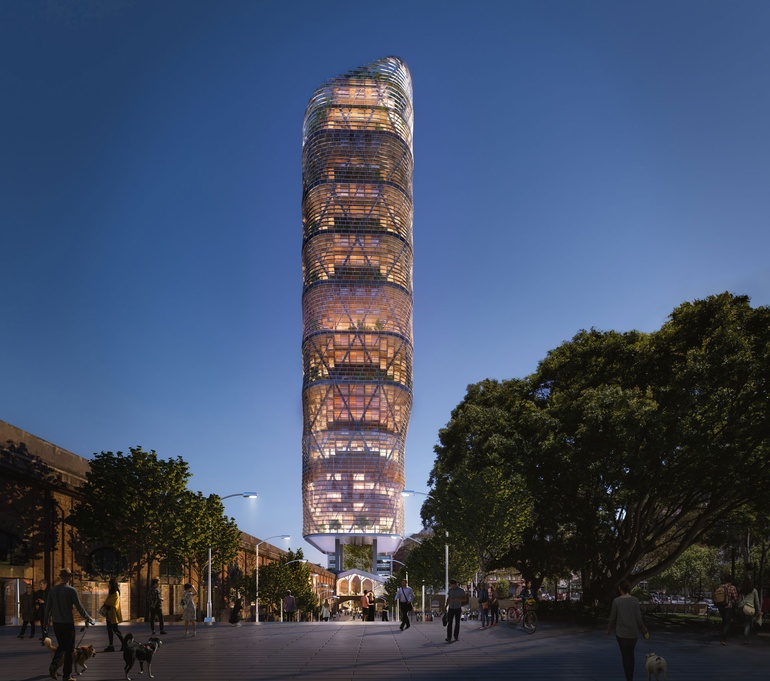 Microsoft has a market capitalisation greater than the GDP of many countries, so the tech titan has a huge role to play in the planet’s sustainable future. Microsoft is overhauling its 200-hectare campus with 17 new buildings and 622,000 sqm of revamped workspace, trails and sports fields. The transformation, which includes outdoor workspaces and “treehouses”, will accommodate 8,000 more employees.

Leon Smith, Microsoft’s Senior Technology Advisor, told us that nearly 1,360 tonnes of concrete and carpet have already been recycled – the equivalent to the weight of four Boeing 747 jumbo jets. Microsoft is also leading one of the United States’ largest geothermal exchange projects, which will tap into a clean source 165 metres underground. This “machine in the woods” features 875 geowells that will heat and cool the new campus – halving energy bills while saving millions of litres of water.

Microsoft is aiming for “carbon negative” and “water positive” by 2030. The machine in the woods will help Microsoft do both. 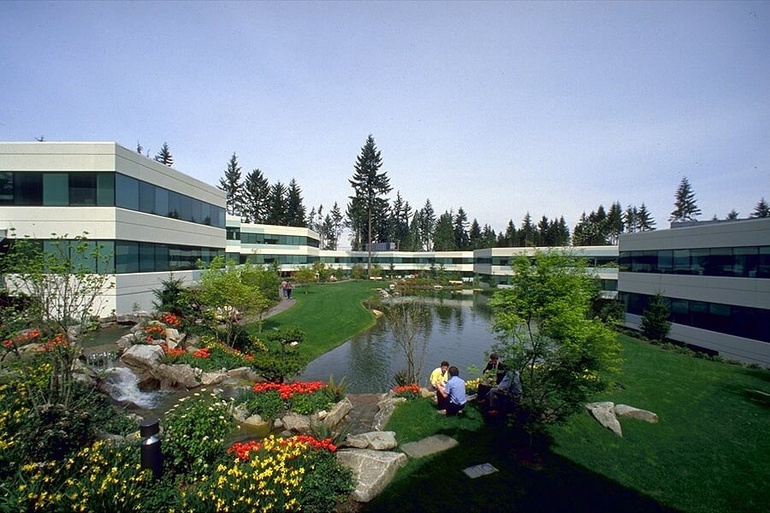 TRANSFORM’s Principal Sponsor Landcom has set an affordable housing target of 10% by 2024 and is combining traditional rental with creative co-ownership solutions. One of these is a demonstration project in Queenscliff – an abandoned 1960s community centre that Landcom purchased from the NSW Government in October 2020.

The 4,000 square metre site is now being retrofitted with nearly 40 studio, one and two bedroom apartments to accommodate women in housing crisis. Landcom CEO John Brogden said this small, low-scale development aims to support the estimated 1,500 women aged 55 and over in the Northern Beaches that experience housing stress and are at risk of homelessness due to family breakdown, underemployment and a lack of superannuation.

Frasers Property Australia tested a new approach to carbon offsetting at its Minnippi Quarter in Brisbane – and the results tell a positive story about consumer engagement in climate action. Rory Martin, Frasers Property’s Sustainability Manager for Residential was on hand to share the secrets in TRANSFORM’s breakout session, Tackling carbon upfront.

When considering how to engage customers on the tricky issue of embodied carbon, Rory said his team looked to Australia’s airlines for inspiration. “They allow people to carbon offset their flights. Could we do the same by allowing people to offset their house?”

Frasers Property set out to simplify the carbon offsetting process by “connecting the dots,” Rory said. The result is Build Neutral, an opt-in program which allowed customers to offset their home’s embodied emissions for less than $1,000.

Build Neutral supports two projects: one in Queensland that helps farmers to create alternative revenue streams by restoring native vegetation; and another that prevents deforestation and land degradation in the Kariba Forest of Zimbabwe.

“There’s no secret sauce to this – we’ve connected things that are already out there, but we’ve thought about how we will tell the story to our customers.”

Launched halfway through the sales process, Build Neutral achieved a five per cent uptake. One couple told the sales office that Build Neutral tipped the balance in favour of Minnippi Quarter because it aligned with their values. Rory hoped Build Neutral would be a starting point for new conversations “about how we scale and share this”. 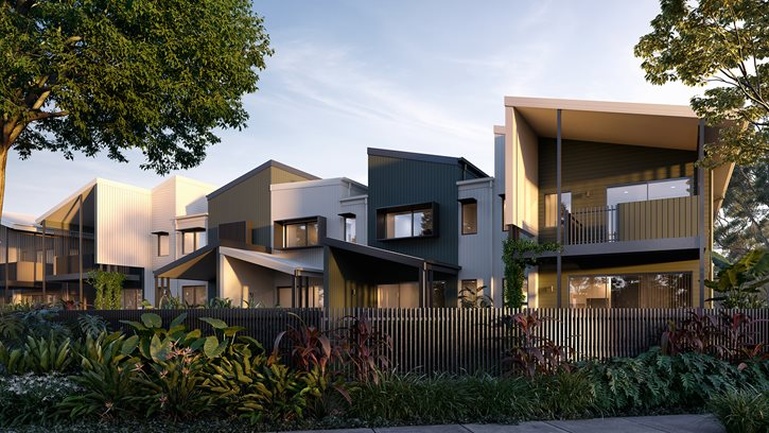