A glimpse of how we could emerge to build back better

The longer we remain in physical isolation, in a world where food courts, cinemas and retail stores have closed their doors indefinitely, a visit to the local shopping centre - to “pop in for a few things” - increasingly feels like a vague memory.

When we reflect, the shopping memories we have are often tangled up with the hustle of getting from point A to point B; often done after leaving work, dealing with traffic or before a daycare pickup. We would then quickly move on to the next part of the day and the whole experience would evaporate, failing to make an imprint.

Enter Burwood Brickworks by Frasers Property Australia, a development that leaves a lasting impression while aiming to be the world’s most sustainable shopping centre.

“I was looking for a building typology and a location that was for the everyday person. This was the reason we chose Burwood Brickworks in the end, because it’s perfect – it’s an everyday place for everyday people but completely different to anything anyone would have seen,” says Stephen.

The design competition itself was different, and ambitious. It aimed to show how the Living Building Challenge® could be achieved,  the brief calling for ideas that could “dramatically raise the bar from a paradigm of doing ‘less harm’ to one in which we view our role as steward and co-creator of a true ‘living future.’”

Behind the scenes the project is naturally powered and sends a surplus of energy back to the grid. All grey and black water is captured, treated and recycled on site and it achieves a 6 Star Green Star Design and As-Built rating. But the real magic happens as the visitor enters Burwood Brickworks for an everyday shop and senses are captivated by the natural world, helping the mind to settle into the here and now.

“We really focused hard on the fundamentals: natural daylight, direct sunlight in the right places, access to fresh air, the feeling of the breeze… some aspects aren’t visual, there’s a smell scape and a sound scape, lots of different textures and materials you find in the natural world and this has been proliferated throughout the entire building,” says Stephen.

In 1984, biophilia was defined by Edward O Wilson as, “the urge to affiliate with other forms of life.” The project addresses that basic human desire with an expansive rooftop urban farm that crowns the centre. Fruit trees line the carpark and 20 percent of the retail space is dedicated to agriculture. 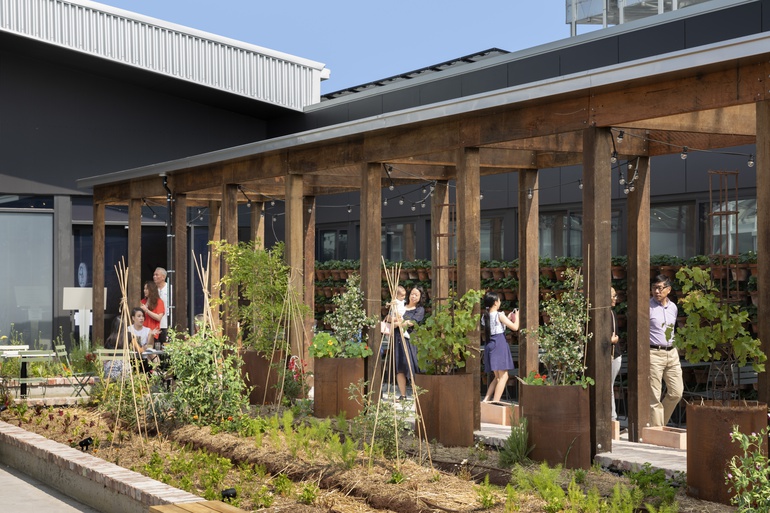 Jack Davis, Senior Development Manager, Retail, says these features bring endless environmental, social and financial benefits, “the farm has brought in another wave of customers to the centre who want to physically connect with nature, look at fruit and veg being grown and get their hands dirty in a very urban environment.”

“People want to come out of their houses to be in touch with nature and we’re providing them this opportunity in a place they wouldn’t normally expect: their local shopping centre. It’s provided the community with something that’s really elevated, something they’ve been craving,” says Jack.

A gift of isolation is the time to reimagine; to review our wants and needs and rethink old methods and systems so we do more good than harm as we recover and build back for future generations.

Burwood Brickworks provides a preview into the future of the retail experience and is a living example of how green developments can serve both the environment and its community.

Stephen Choi is a guest speaker at the upcoming Green Building Day on 16 June. Stephen is Project Architect and global Living Building Challenge® expert whose work has included the development of environmental assessment methods, designing and managing buildings and, embedding sustainable development into educational curriculum.

This article is the first of a two-piece series about Burwood Brickworks. Part two explores how large-scale green projects like Burwood Brickworks can be made viable and how their features impact future developments, read it here. You can also follow us on Instagram to see more images of this unique project. 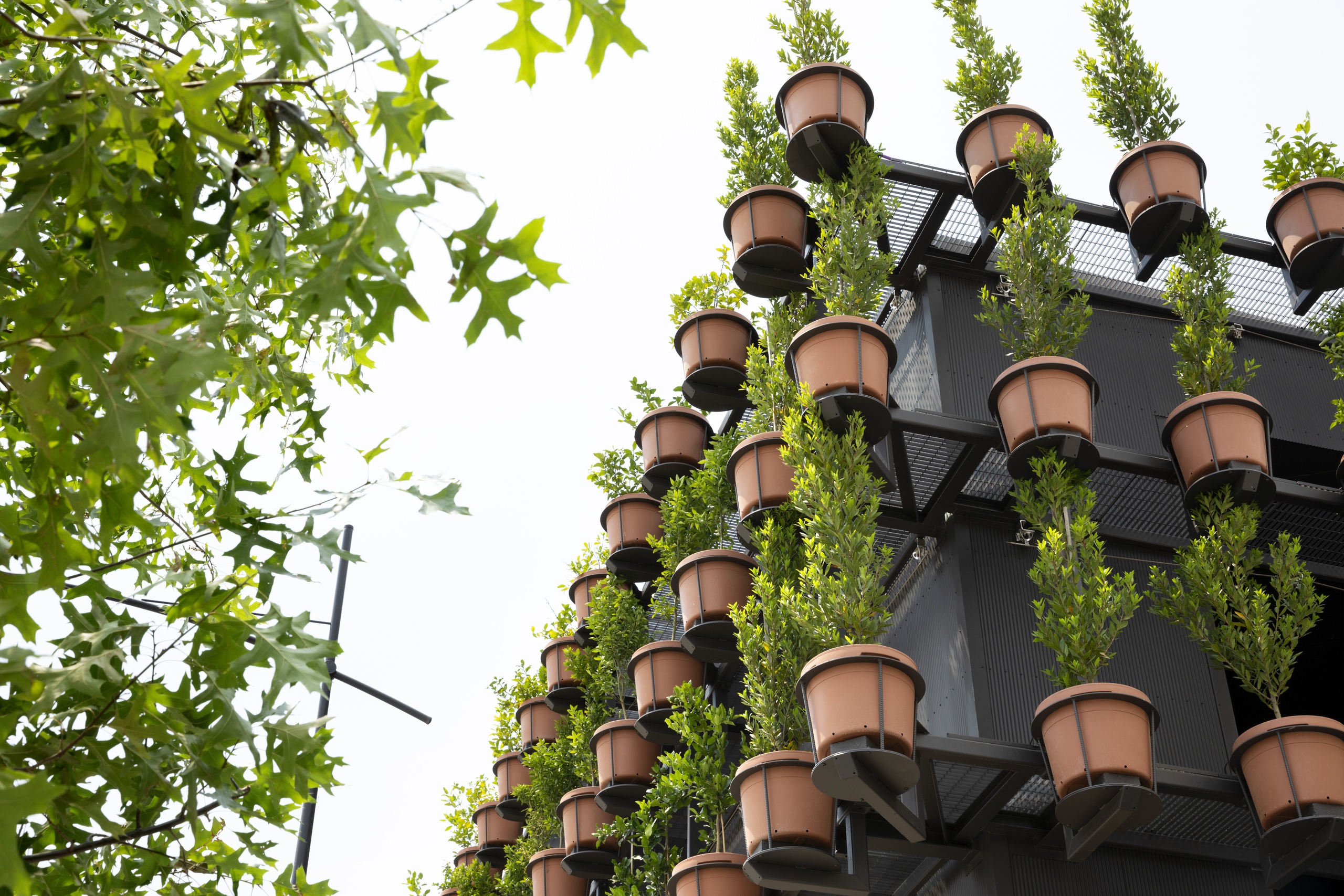